The second stop on our virtual tour of Lutheran monasteries takes us to the Priory of St. Wigbert, found in Luther's homeland of Germany.

First of all, you might be asking the same question that I did when I first read about this monastery: Who is St. Wigbert? Briefly stated, St. Wigbert was a Benedictine monk from England who was born around the year 675.  In approximately 734, St. Boniface summoned Wigbert to Germany, after Boniface had begun the conversion of the local pagans to Christianity (as the story goes, Boniface did so by chopping down a sacred tree dedicated to the worship of Thor). Once in Germany, Wigbert was involved in leading the fledging monastic and missionary communities found there.  So, it makes sense for a German monastery to be named after St. Wigbert.

The Priory is found in the village of Werningshausen, just north of Erfurt (where Luther studied at the University, and later entered an Augustinian monastery). The monastic community was founded in 1973, and while it is affiliated with the Lutheran Church of Thuringia, it is ecumenical in nature - there are currently eight brothers living there, six Lutheran, and two Catholic. There are also novices and oblates affiliated with the community. 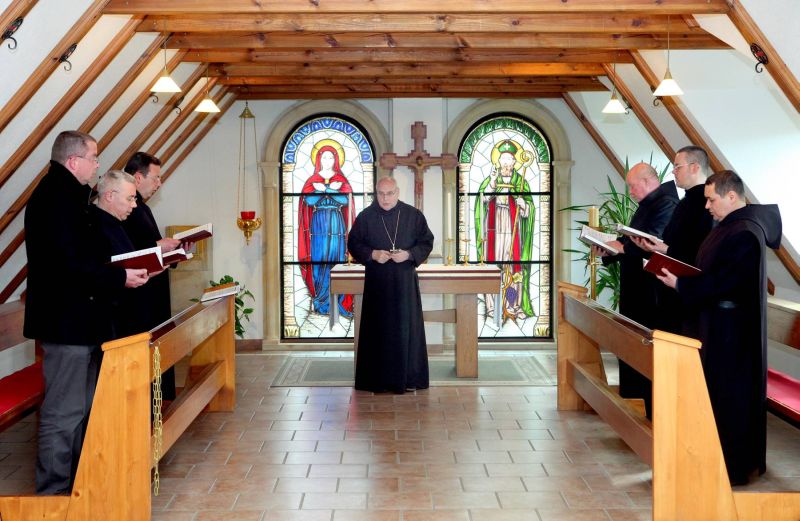 The community prays the daily office together in the morning, noon, evening, and at night, and celebrates the mass on Thursdays and Sundays.  Here is a video of part of a mass at the monastery:


More information can be found about the Priory at their website - this link is to the English page, but there is much more information found at other parts of the site if you can read German: