When I was a boy, I accompanied my grandmother on Memorial Day to different cemeteries near our home in rural Southwest Iowa.  Each year, she lovingly tended to the flowers and bushes surrounding the graves of her parents, grandparents, and other members of our family. One particular cemetery that we visited each year always intrigued me, as it was seemingly located in the middle of nowhere, miles down a gravel road, far away from the nearest town. The cemetery is called Highland, and it is on the site of a long-forgotten Methodist church, the only remnant of which is the steps. 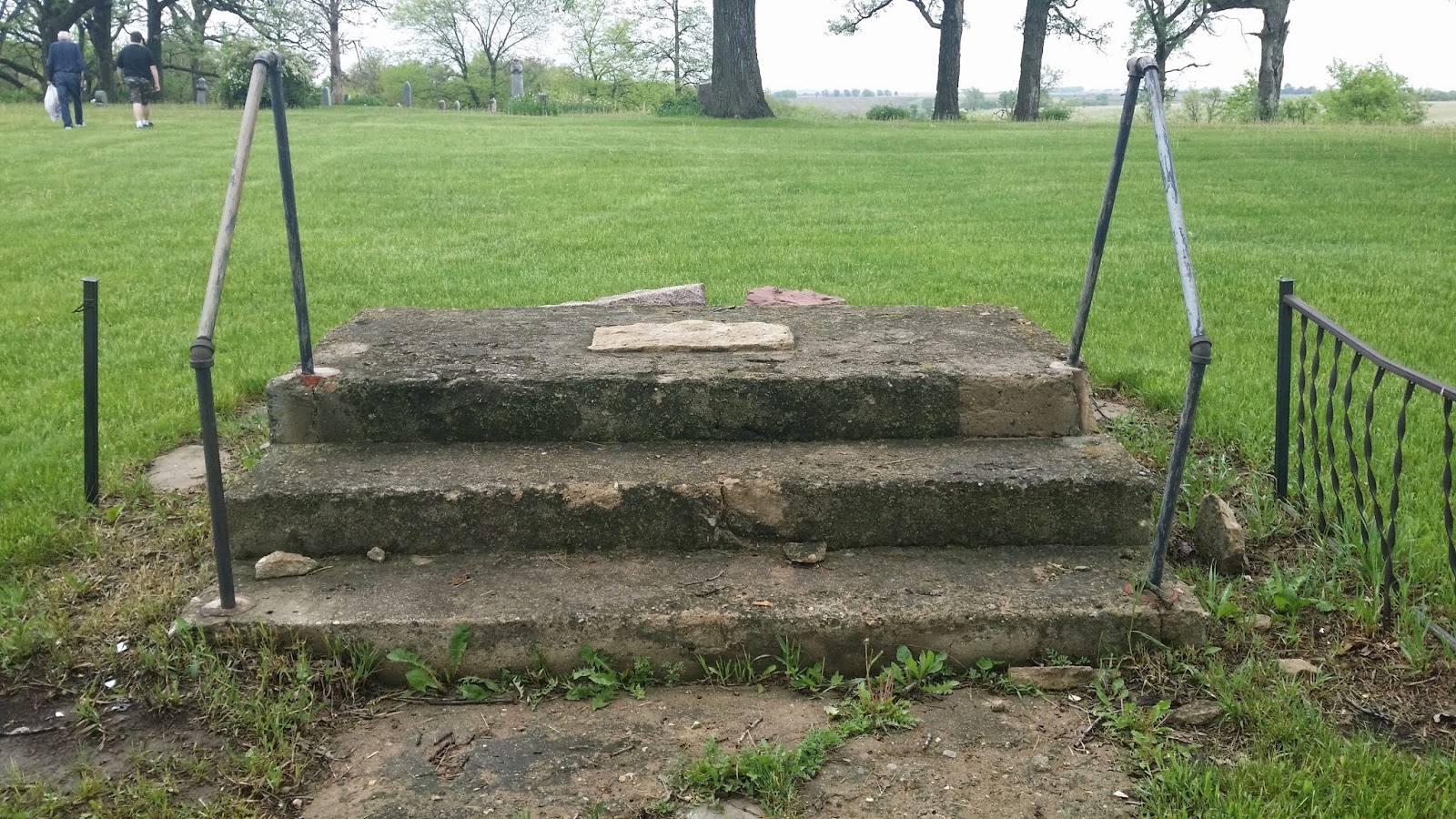 Less than a hundred graves exist at Highland, and the last person was buried there over thirty years ago.  Vandals have damaged many of the graves, but it remains a place of serene beauty in the Iowa countryside. 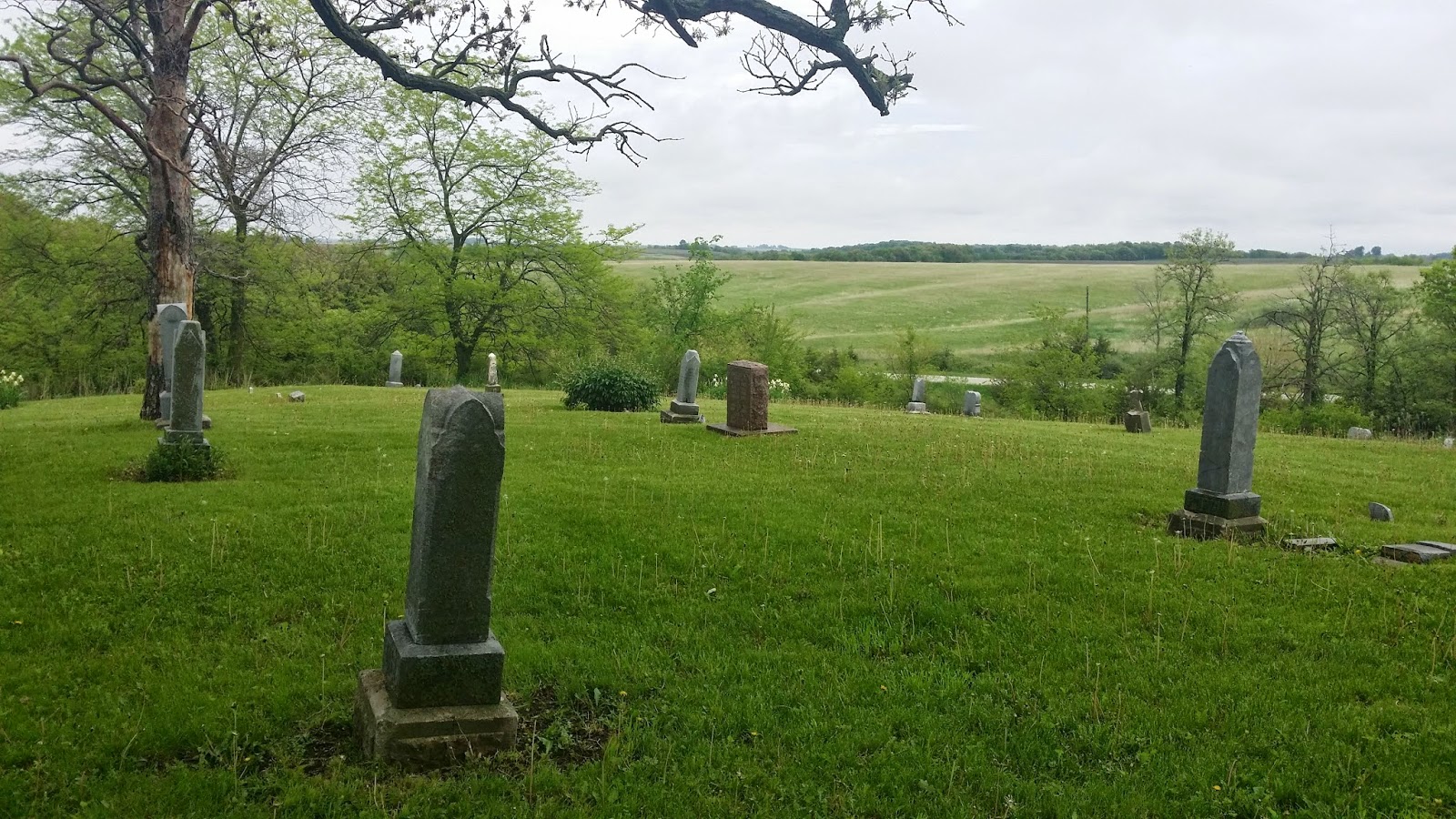 Despite its beauty, the graves of Highland serve as a stark reminder of how life was often cut short before the age of modern medicine.  One of the graves that my grandmother tended to at Highland was the final resting place of her mother, who died during a typhoid fever outbreak in the early 1900s.  Another grave that always fascinated me was that of my great, great, great uncle, a Civil War veteran named Thomas Barhan.  He served in the 102nd Illinois Volunteers, a unit which saw action throughout the South, including Sherman's March to the Sea.  Unfortunately, those brutal battles would not prove to be the last time that he would be an eyewitness to tragedy.  Next to his grave are the stones of his thirteen year old daughter and one year old son, Ralphie, whose marker states: "Budded on Earth, to Bloom in Heaven". 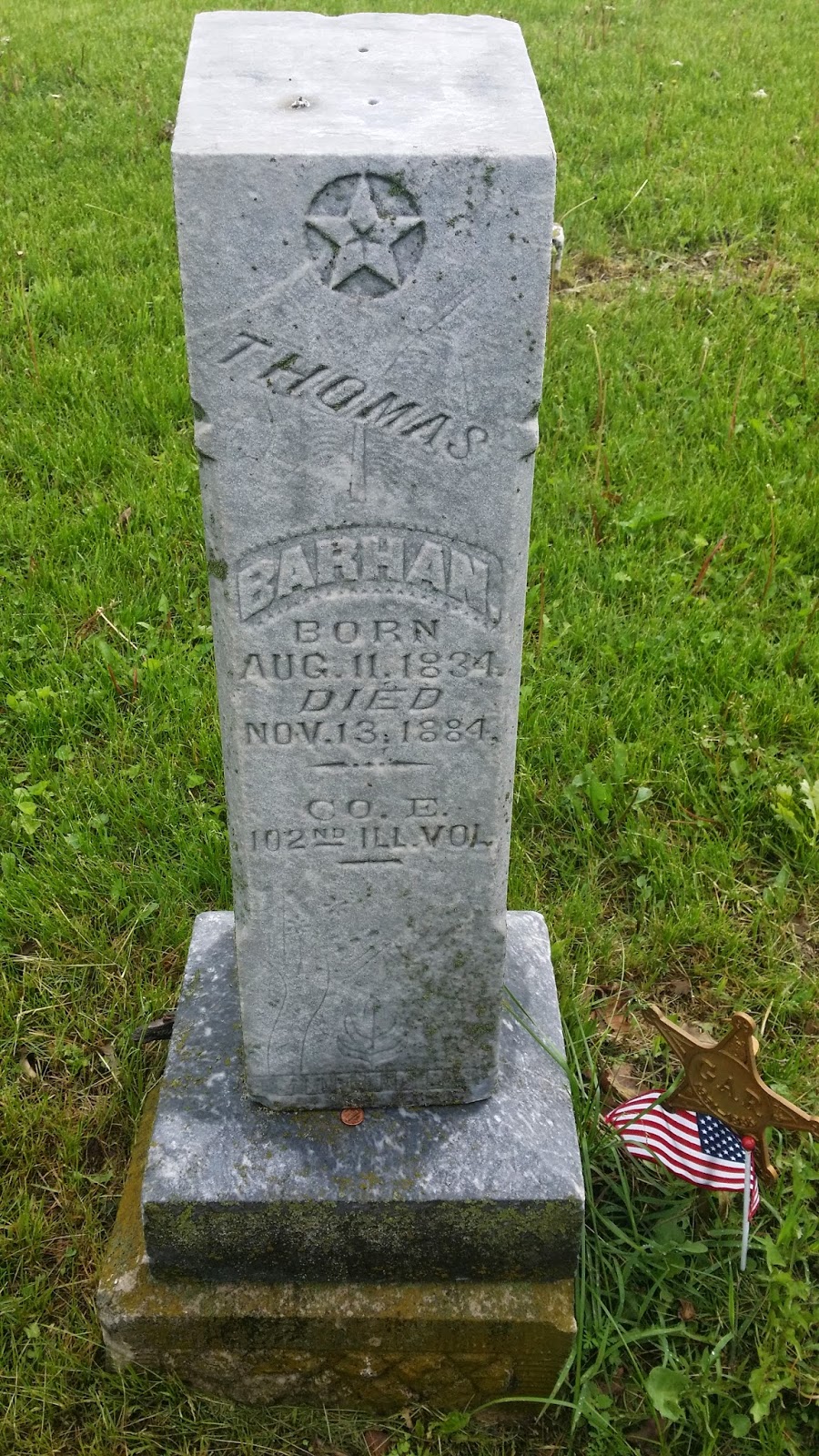 Despite what they went through, the people of Highland nevertheless came together faithfully to worship in this place, and to take care of one another. My grandmother used to tell me stories of how their neighbors and relatives stepped in to take care of her when she was left without a mother at a young age.  Despite suffering personal tragedies beyond comprehension, they believed that they had not been abandoned. God had entrusted them to this  little community, where they were loved and cared for, no matter what they were going through.

On Memorial Day this year, I returned to Highland with my father and my oldest son, and I got the same feeling that I did when I visited there with my grandmother thirty years ago - the feeling that I was standing on sacred ground, where Heaven and Earth are not far apart.  In the Celtic Christian tradition, these sacred spots are known as "thin places", where God's presence can be felt despite the passage of time:

"There is a geography of holy places, the places where the saints have dwelt.... Places whose beauty has been revealed by lives which have been open to God in such a way as to show that this world is not a system closed upon itself.  These are places whose power persists through centuries of indifference and neglect to be revealed again when men are ready for it.  Places which display the potential holiness of all this earth which man has loved so much yet so much ravaged."